“Just as none of us are beyond geography, none of us is completely free from the struggle over geography. That struggle is complex and interesting because it is not only about soldiers and cannons but also about ideas, about forms, about images and imaginings.” Edward Said, Culture & Imperialism 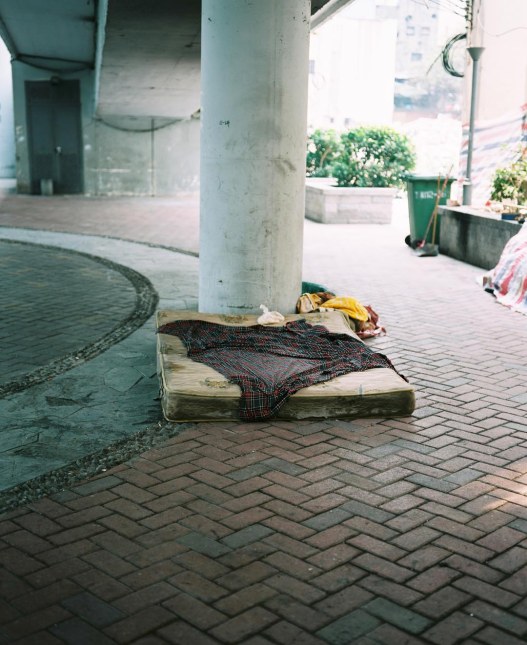 END_OF_DOCUMENT_TOKEN_TO_BE_REPLACED

A Walk Around the Demolition Site of Peach Tree Court, Saturday 27th September 2014.

We cross the main road and enter the waste ground through the old school gates, the ones parents used to visit the head teacher in the 1990’s before the school was demolished. We had already smelled smoke from the other side of the road, before we saw the treacly patches of branded earth, some of them still leaking a pencil line of smoke. The blond grass of the waste ground is too damp to burn for long and the young arsonists (we caught sight of them briefly) have failed in their attempts to make the fires take hold.

END_OF_DOCUMENT_TOKEN_TO_BE_REPLACED 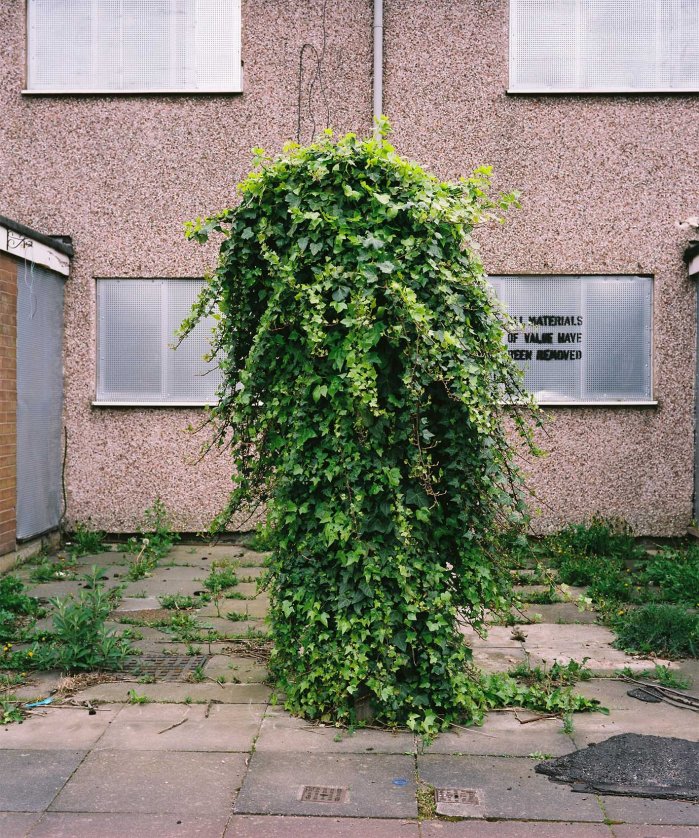 END_OF_DOCUMENT_TOKEN_TO_BE_REPLACED

When I was in my twenties two of my great loves were documentary photography and experimental film. Seeing Jem Cohen’s work Lost Book Found (1996) made me realise how the two could come together in a heady mix. Cohen wanders like a street photographer gathering Super-8 and 16mm film material through his direct observation of the urban world around him. Lost Book Found is his modern day homage to Benjamin’s Arcades Project relocated to New York. It attempts to find another layer of meaning to the city through its traces, fragments and neglected spaces. The narrative alternates between the city’s hard streets and a hidden reality beneath the kaleidoscopic distractions and phantasmagoria of its capitalist space.

END_OF_DOCUMENT_TOKEN_TO_BE_REPLACED 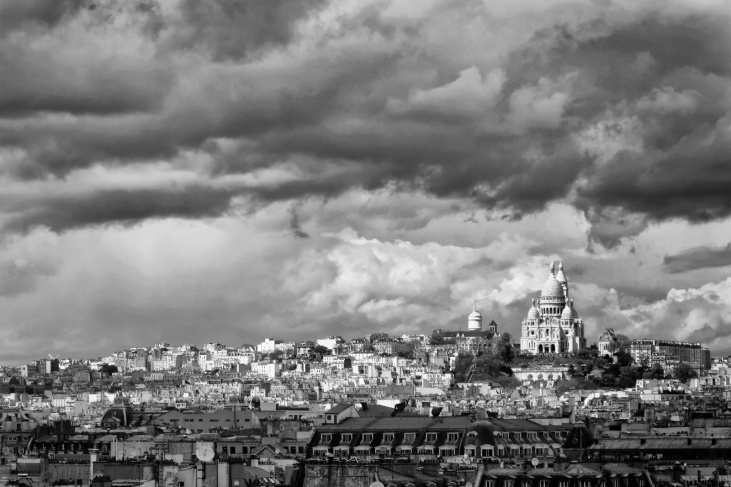 Latour & Hermant’s on-line book Paris: Invisible City (1998) presents a challenge to all urban photographers and the observational methods central to their work. The project questions how much we really can understand about the modern city by simply looking. Starting off on the rooftop of the famous La Samaritaine department store it begins by examining the panorama of Paris. 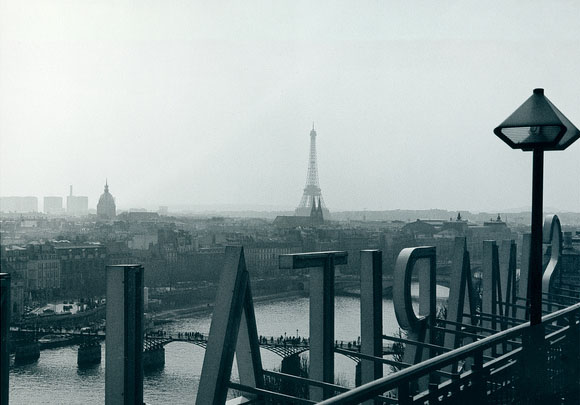 The book explores the labyrinth of overlapping networks that underpin the functioning of the city. Using Latour’s Actor-Network-Theory as a methodology, it highlights the ‘invisible’ and unnoticed connectivities that compose the city. It presents us with a layered portrait of place “bypassed by the normative representational mode” (Networks of Design). Latour uses the term ‘oligopticon’ to define these hidden networks that ultimately serve to make Paris the functioning city that it is. As a social researcher he believes that they are a means to appreciate the intertwined totality of municipal space. Unlike the absolutist all seeing gaze of Foucault’s panopticon, with the oligopticon “extremely narrow views of the (connected) whole are made possible–as long as connections hold” (p.181, Reassembling the Social). By drawing our attention to the complexity of these ‘co-existences’, the work ultimately demonstrates the sheer impossibility of understanding Paris or any urban space through a single image or glance.

END_OF_DOCUMENT_TOKEN_TO_BE_REPLACED

In her FOTO8 interview (11/08/2009) French photographer Ristelhueber comments on how her practice has moved in the direction of ‘scars’ and ‘traces’, ranging from freshly operated bodies inspired by the Yugoslavian civil war to aerial shots of post conflict Kuwait. Bringing her sensibility to a range of traumatic subjects she works conceptually seeing them all with a type of conceptual ambiguity and evenness despite their political context.

“I am a conceptual person, which means that first I have an idea of something I want to do… something that becomes imperative. Afterwards I work so intently that I don’t think any more about the context. About whether I am in a country that is supposed to be Palestine, say, but which perhaps is not going to be Palestine. It’s difficult for others to understand; it’s not that I don’t care for the people around me. But once I’m working, I am working on my concept” (FOTO8 interview).

END_OF_DOCUMENT_TOKEN_TO_BE_REPLACED

“The Forgotten Space follows container cargo aboard ships, barges, trains and trucks, listening to workers, engineers, planners, politicians, and those marginalized by the global transport system. We visit displaced farmers and villagers in Holland and Belgium, underpaid truck drivers in Los Angeles, seafarers aboard mega-ships shuttling between Asia and Europe, and factory workers in China, whose low wages are the fragile key to the whole puzzle. And in Bilbao, we discover the most sophisticated expression of the belief that the maritime economy, and the sea itself, is somehow obsolete” from www.theforgottenspace.net website.

Sekula’s earlier photographic work has dealt with issues of labour and with economic issues especially around maritime histories. The film The Forgotten Space builds on work from his previous project Fish Story. 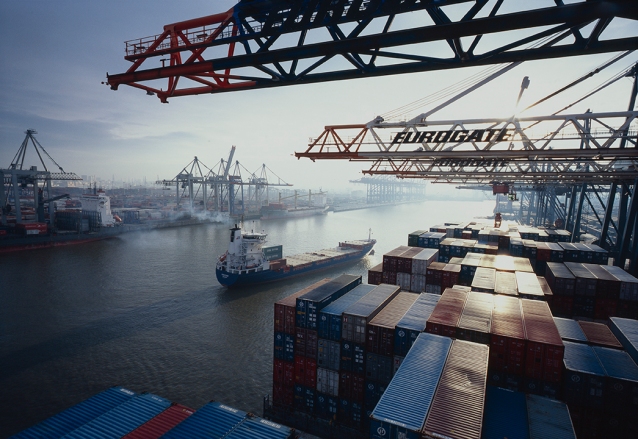 For an overview of his work see Socialism and the Sea article in Radical Philosophy. See also the interview of Sekula (Ship of Fools) by Grant Watson.