IUD archive image. Close up from a council neighbourhood being cleared for private homes. Salford, UK: 2012.

Currently IUD is exhibiting in The Fire and the Rose curated by Tongyu Zhou as part of the Asia Triennial 14. The work is located in the Vertical Gallery, 3rd Floor, Benzie Building , Manchester School of Art at Manchester Metropolitan University. We have created a Temporary Research Space, an invitation to spend time exploring selected materials from our archive, derived from fieldwork and other research in Salford, UK and Guangzhou, China. Also included are a small sample of related critical and fieldwork texts. The show is on until November 28th. 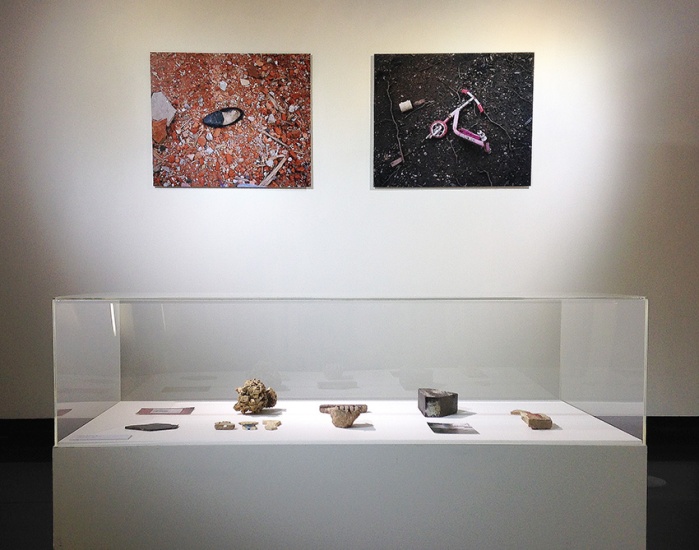 We believe that we are witnesses to a continuing global phenomenon whereby land inhabited by the poor is appropriated for development. Council houses, urban villages and other homes, are thus replaced by financial districts, leisure spaces, investment properties and homes for the rich.

The term accumulation by dispossession provides one way of thinking about this particular process of territorial conflict, which is a feature of capitalism. Wealth is accumulated in the combined interests of states and corporations, by means of eviction and various forms of social and architectural cleansing. Although this is a global phenomenon, the means by which such actions are legitimated or enforced, their scale of operation, levels of resistance and relative “success” is determined by the social, cultural, political, financial and legal particularities of the locality in which they occur.

Architectures of Displacement is a name we have given to the material evidence, unbuildings, and other interventions produced in an environment dominated by accumulation by dispossession. 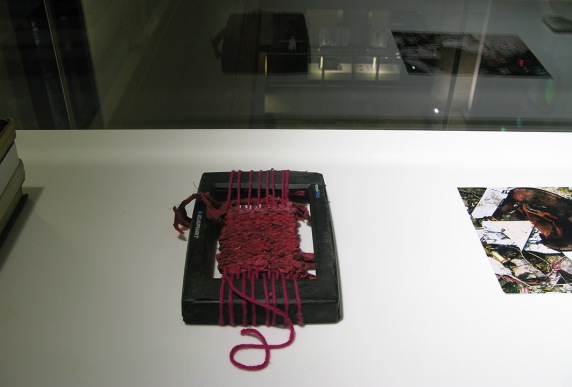 IUD installation image. Weaving made from found materials on a demolition sites in Salford. 2014.